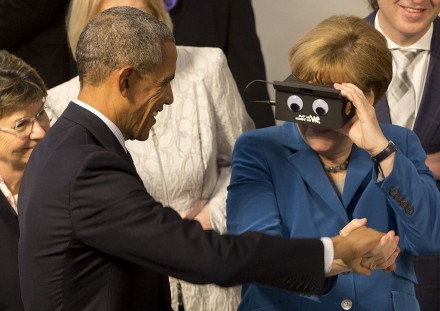 After five action-packed days and with a significant upswing in attendance, HANNOVER MESSE 2016 drew to a close today in Hannover, Germany.  With its keynote theme of “Integrated Industry – Discover Solutions” and the USA as its official Partner Country, the 2016 edition of the world’s leading trade fair for industrial technology reverberated around the world.

Wearing virtual reality glasses, German Chancellor Angela Merkel reached out to shake a hand in digital space, and U.S. President Barack Obama responded by shaking hers in reality. This will no doubt go down as one of the most memorable images from HANNOVER MESSE 2016, and it also aptly portrays the close partnership shared between the two nations as they move down the road towards Industrie 4.0.

“HANNOVER MESSE 2016 has shown that the United States and Germany are equal partners in the pursuit of digitalized manufacturing and energy,” remarked Dr. Jochen Köckler, member of the Managing Board at Deutsche Messe. “In order to connect products, machines, industrial enterprises and people across countries and continents, we need to arrive at universally applicable technologies and standards. Here at HANNOVER MESSE 2016, the USA and Germany – along with other leading industrial nations – have sparked the dialogue needed to make that happen.”

And even a quick look into the lively, jam-packed exhibition halls at HANNOVER MESSE clearly revealed this was exactly the right place at which to be pursuing such goals. No other trade fair has ever featured so many real-world application scenarios with smart technology for the world of manufacturing, thus making Industrie 4.0 a tangible experience. The solutions on display ranged from retrofits of individual machines right on up to full production-line integration, complete with data capture and analysis in the cloud. “This marks the breakthrough for Industrie 4.0,” said Köckler. “Next on the agenda is the commercialization phase. The technology is ready to roll, and about to make its way onto the factory floor.” 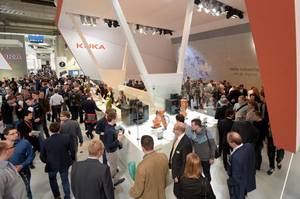 This year’s HANNOVER MESSE attracted over 190,000 visitors (up from 175,000 in 2014 as the last event of comparable scope) intent on future-proofing their operations and investing in state-of-the-art technology. More than 50,000 of them came from abroad – an increase of some 25 percent over 2014. Attendance from the USA and China soared to record heights. “The roughly 5,000 American visitors who came in search of new technology for their manufacturing plants and energy systems are sure to have found what they were looking for here in Hannover, and to have made a lot of valuable new acquaintances along the way,” remarked Köckler. With 6,000 visitors coming from China, the People’s Republic once again topped the list among foreign nations, second only to Germany as the host country. The visitor tally for the rest of Europe was 30,000.

According to Köckler: “This HANNOVER MESSE provides impressive confirmation of the event’s unique position as a global hot spot for Industrie 4.0. This is where the latest technologies and innovations are unveiled to a wide audience. Industry initiatives from Germany, the USA, China, Japan and the EU have come together here in Hannover to embark on a shared journey into the digital future.” An excellent example was the “Industrie 4.0 Meets the Industrial Internet” forum, which attracted more than 8,000 attendees eager to catch up on the latest technologies, standards and business models for integrated industry.

The second keynote theme of this year’s event was “Integrated Energy – the Energy System of the Future”. Displays there covered the complete supply chain in the energy industry – from generation, transmission, distribution and storage to alternative mobility solutions. These displays were anchored by a special display called the “Integrated Energy Plaza”, presenting a unique interactive model of a complete regenerative energy circuit. “HANNOVER MESSE is the only trade fair in the world to showcase the energy systems in their entirety. This display sector is going to be expanded for future editions of the show,” said Köckler.

The Industrial Supply show at HANNOVER MESSE confirmed that Industrie 4.0 is also becoming a routine requirement for today’s industrial suppliers. Other key themes in this category included new materials and lightweight design. Trade visitors were treated to a wide range of design ideas and lightweight design components made out of plastic, composites or steel.

Meanwhile, “Young Tech Enterprises” – a brand-new showcase at HANNOVER MESSE – made clear that, apart from IT, there are also strong incentives for startups in industry. “Mechanical engineering startups face higher risks than their counterparts in IT. Years of development work and high capital investment costs come with the territory,” Köckler noted. “This new display sector provided young entrepreneurs with an opportunity to forge new contacts with potential investors, customers and partners.”

Never before were so many policymakers and top executives from leading industrial groups represented at the trade fair. U.S. President Obama had three ministers in his delegation, including Secretary of Commerce Penny Pritzker, who stayed at the fair until Wednesday night to conduct meetings. Five of the most important EU Commissioners were at this year’s HANNOVER MESSE: Vice-President Maros Sefcovic (Energy), Günther Oettinger (Digital), Elzbieta Bienkowska (Industry), Cecilia Malmström (Trade) and Carlos Moedas (Research). In the words of Commissioner Oettinger: “Apart from being the world’s leading industrial trade fair, HANNOVER MESSE has now taken on the role of pioneer in the digitalization of industry. For the European Commission, it has become a key platform for the sharing of information and ideas, and as a place for debating the future of European industry.”

The next HANNOVER MESSE will be staged from 24 to 28 April 2017, with Poland to be featured as its official Partner Country. 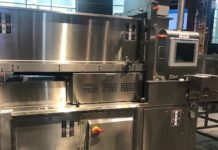 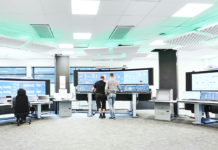 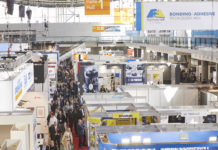 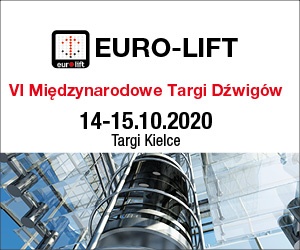 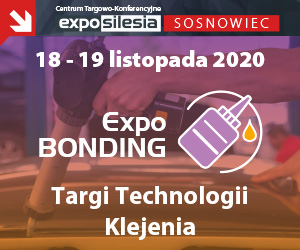 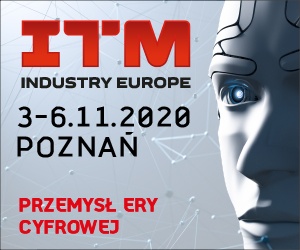